The 1960s were a glorious decade for watchmaking in general, and for Seiko specifically. From the creation of the Grand Seiko name in 1960 to the creation of one of the first automatic chronographs in 1969, the brand showed major technical and design developments and consolidated the foundations for the impressive Seiko Corporation as we know it today. While many associate the name Grand Seiko with best-in-class, there was another name synonymous of Japanese excellence back in the 1960s: a sub-brand named King Seiko. Resulting from an internal (and fruitful) rivalry, it created great models focused on precision. In the frame of the upcoming 140th-anniversary celebrations, Seiko releases a faithful re-edition of the 1965 King Seiko KSK, with its new SJE083 watch.

KING SEIKO, THE STORY OF A RIVALRY

In 1960, the company known as Seikosha producing watches under the brand Seiko and incorporated in 1881 by Kintaro Hattori, decided to up its game and to introduce a sub-brand named Grand Seiko, responsible for the production of the most advanced, precise and luxurious watches of the brand.  Much later, Grand Seiko would become a separate brand and still produces some of the finest watches made in Japan today.

However, what fewer know is that in the late 1950s and early 1960s Seiko had two production sites: Suwa Seikosha and Daini Seikosha. The first was responsible for the creation of the Grand Seiko watches. But by 1961, Daini Seikosha reacted with its own vision of a high-end, ultra-precise watch, which was named King Seiko. The internal rivalry between the two wholly-owned subsidiaries had led to the race of becoming the company’s flagship brand. The perfection of accuracy and precision was their common driving force for glory, so it was inevitable that both brands culminated their achievements by each creating a Hi-Beat timepiece.

In 1964, Daini Seikosha introduced the second generation of King Seiko watches equipped with the hand-wound calibre 44A under the reference 44-9990. This watch bore the name KSK, with KS meaning King Seiko and the K at the end being the acronym for Kisei-Tsuki, stop-seconds in Japanese.

As Seiko will be celebrating its 140th anniversary in early 2021, the brand is preparing a batch of special watches to recall its past glory. This started a couple of weeks ago with a Grand Seiko watch to commemorate the brand’s founder. And today, Seiko revives the name King Seiko with the new reference SJ3083, a faithful re-edition of the 1956 King Seiko KSK. So, the questions is, is a King better than a Grand…?

Introduced four years after the inaugural King Seiko watch, the 1965 KSK was a new departure in design. In contrast to the rounded contours of the first King Seiko creation, the KSK case was strikingly sharp and angular and had a contemporary feel. This is the exact shape that Seiko is re-creating with the new SJE083, a faithful re-edition of this very watch with only minor visual updates. 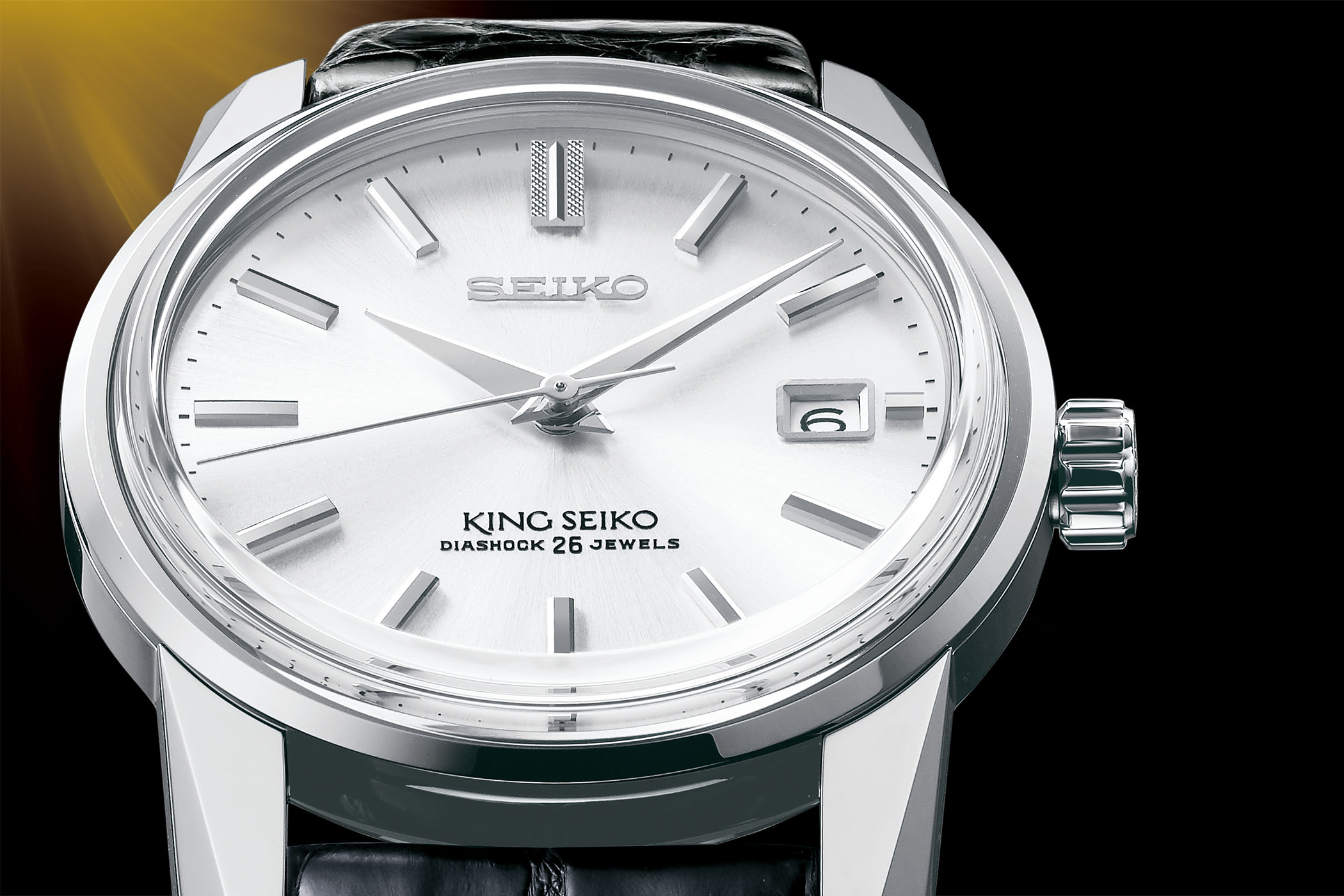 The new Seiko “Re-creation of King Seiko KSK” has a clear contemporary-vintage vibe, starting with its compact 38.1mm case. As you would imagine, this is slightly larger than the original watch, but only by a small margin. In the same vein, despite the addition of an automatic movement and a date window, the watch retains a low profile of 11.4mm, only 0.5mm thicker than the 1965 KSK. And most of this height is absorbed by the box-shaped sapphire crystal resulting in a thin caseband. 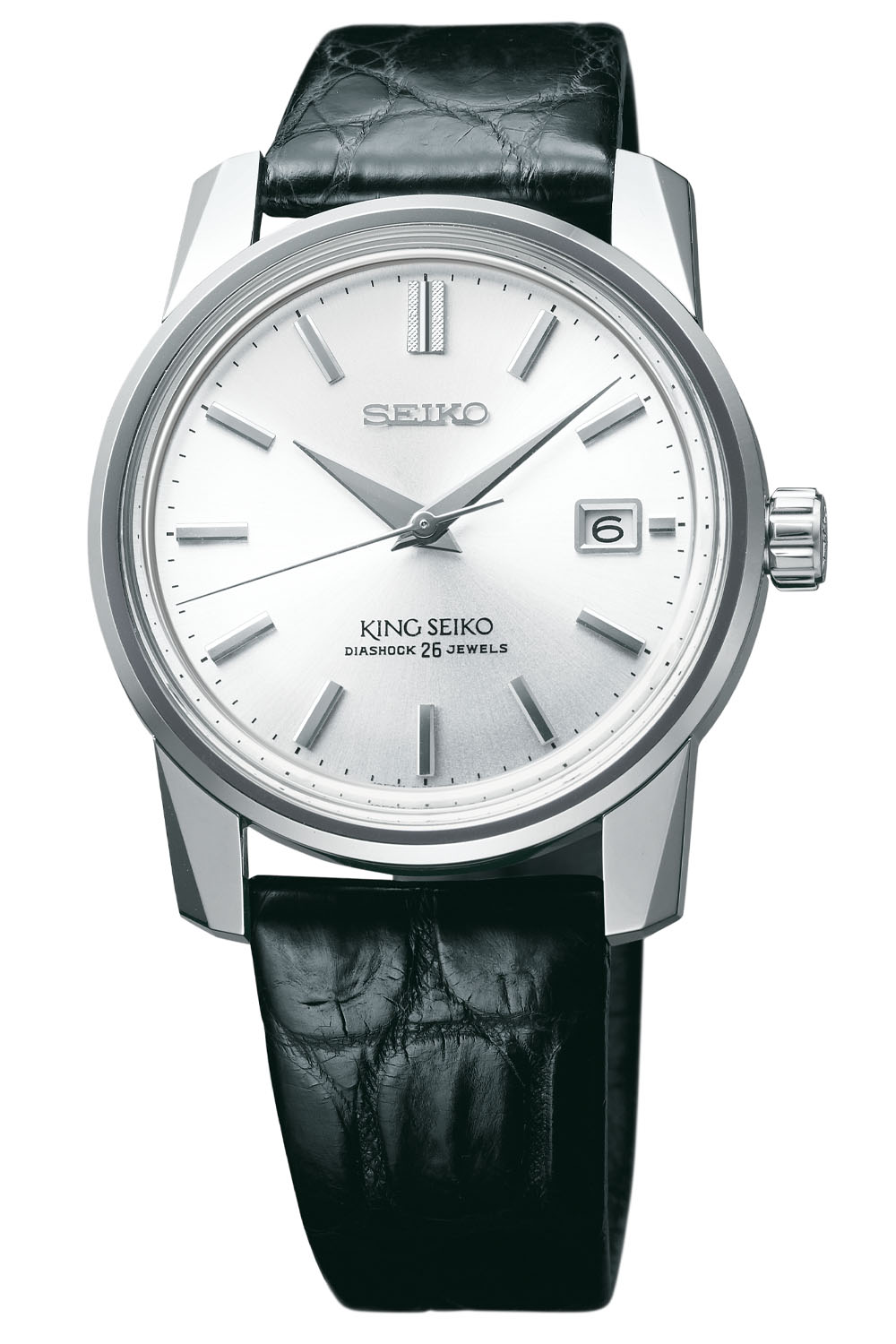 What hasn’t changed is the distinctive shape of the watch, which is brought back into life with the new SJE083. The flat surfaces, the multi-faceted lugs, the flat casebands, the angled bezel and the serrated crown are all identical to the 1965 watch resulting in a watch with a great personality. The faceted lugs feature large flat surfaces and razor-sharp angles, and since these are Zaratsu polished, this will give them the superb distortion-free mirror finish we have come to love from Grand Seiko – and now from King Seiko too. Note that the watch is made from steel with a super-hard coating. 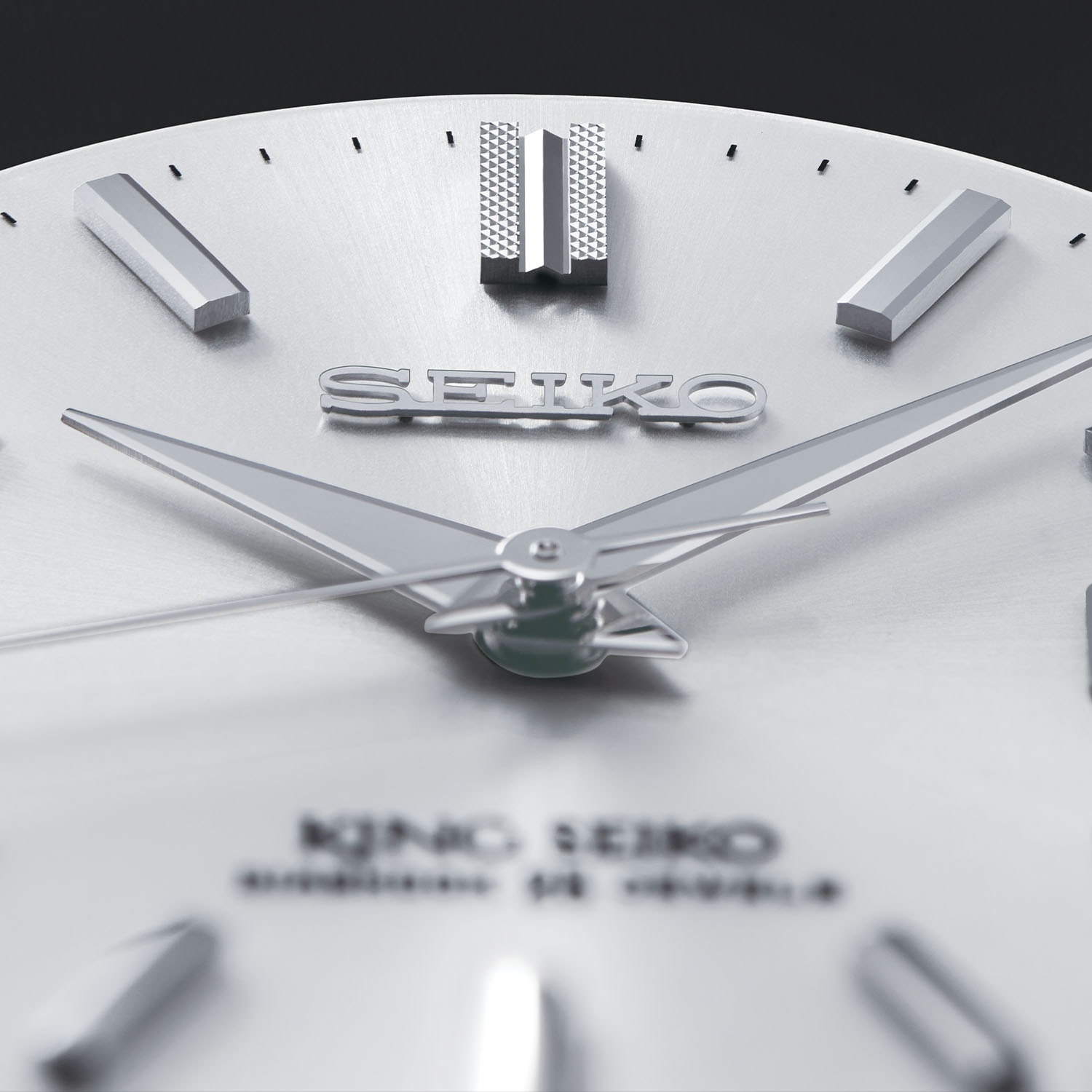 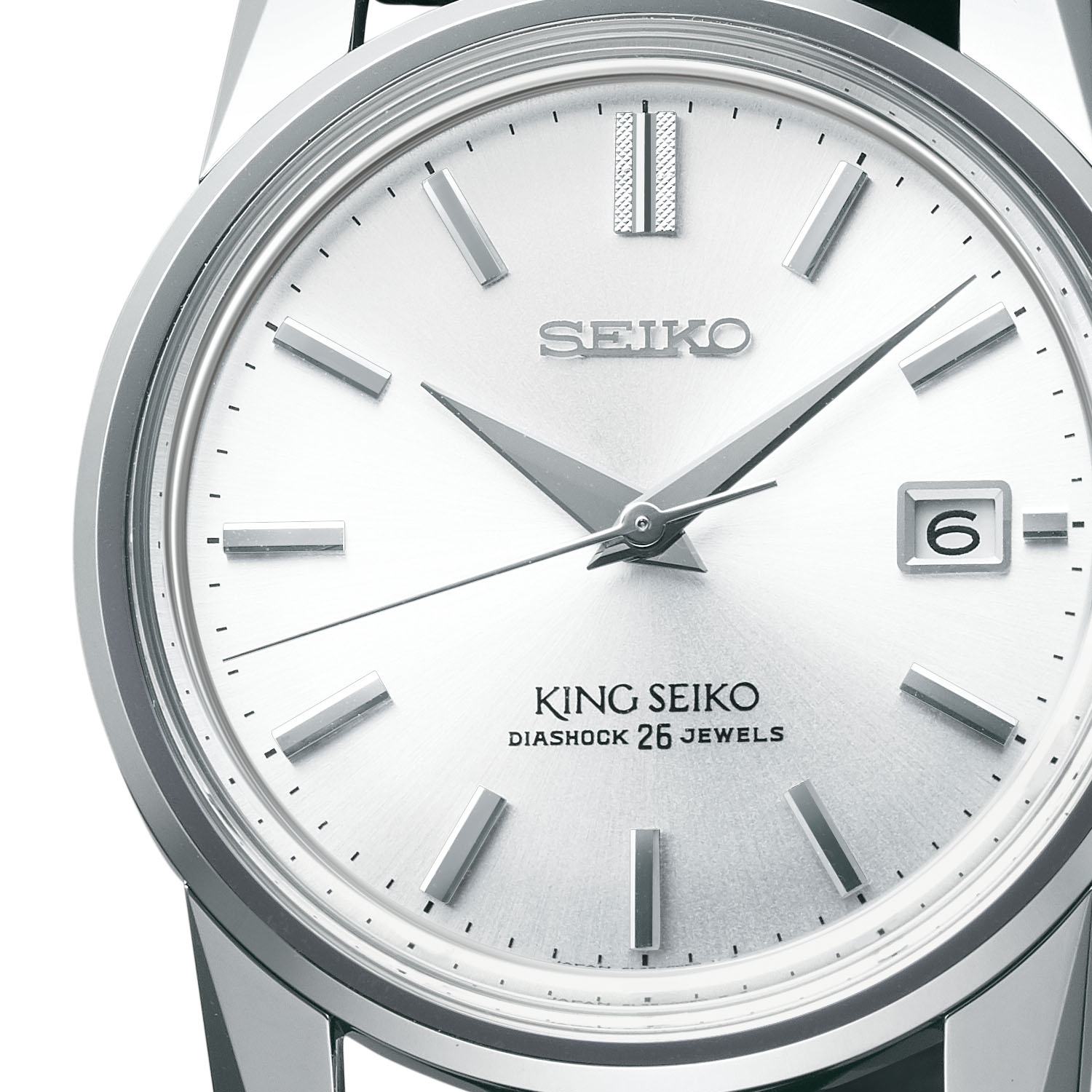 As for the dial, the major evolution concerns the addition of a date complication – something that wasn’t entirely necessary in our opinion, but that still looks appropriate in this context. The dial, like the original 1965 King Seiko KSK, is silver coloured and sunray-brushed polished. It also features sharp faceted applied markers for the hours, as well as an applied and raised Seiko logo. The most distinctive element of the original KSK, its faceted and textured 12 o’clock marker, has been reproduced on the modern SJE083. The dial retains the King Seiko mention at 6 o’clock, with the historic font, as well as Diashock and the jewel count – which has changed from 25 to 26. 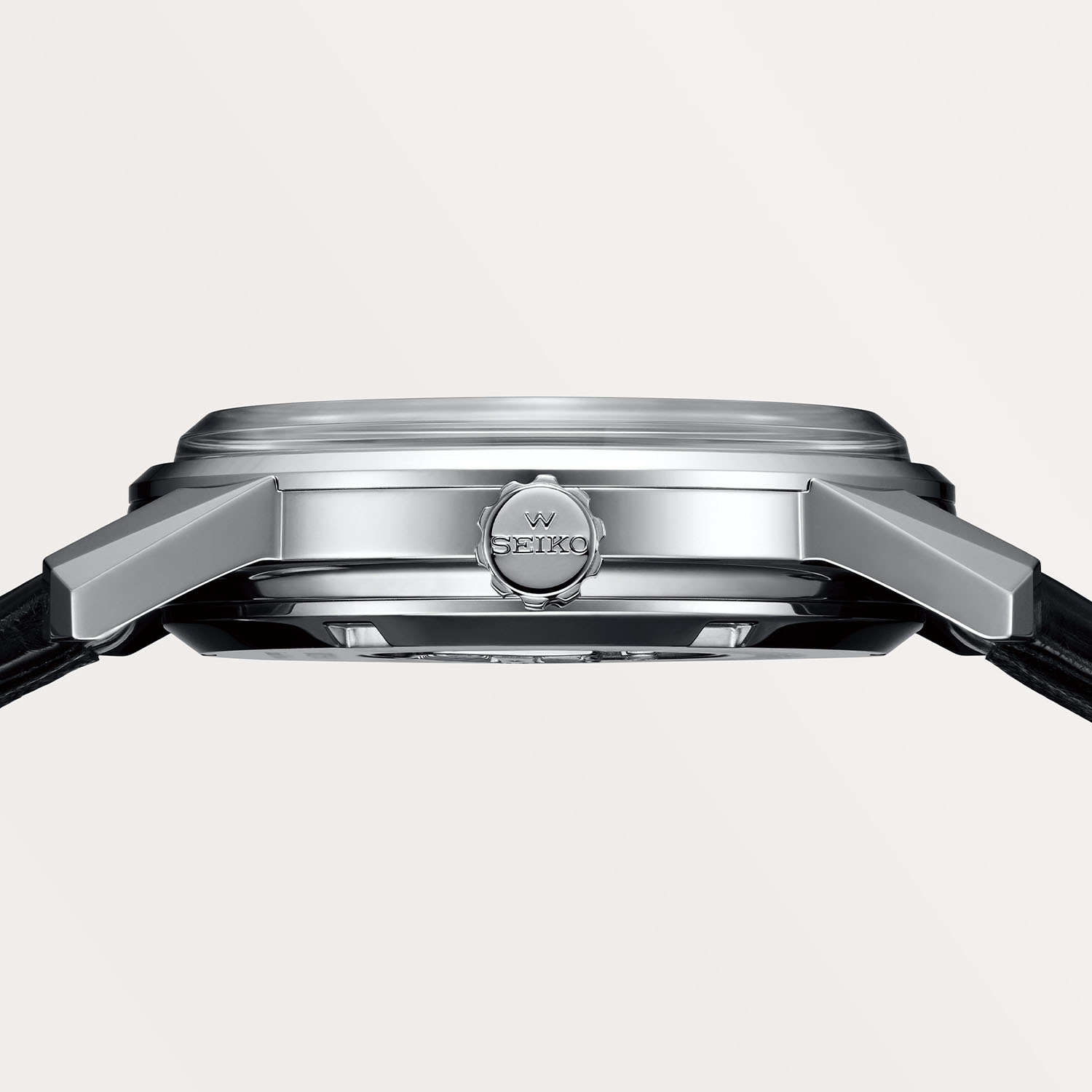 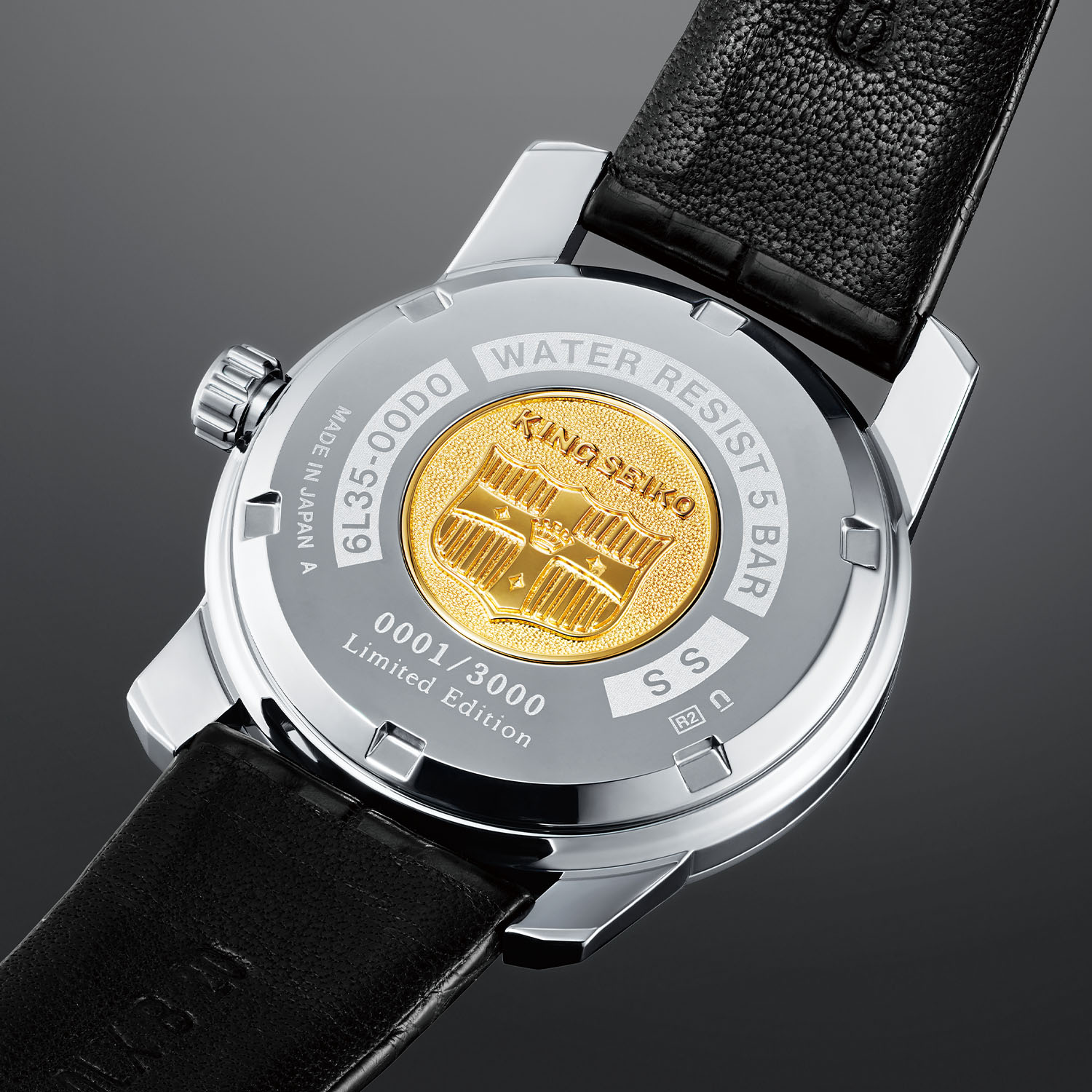 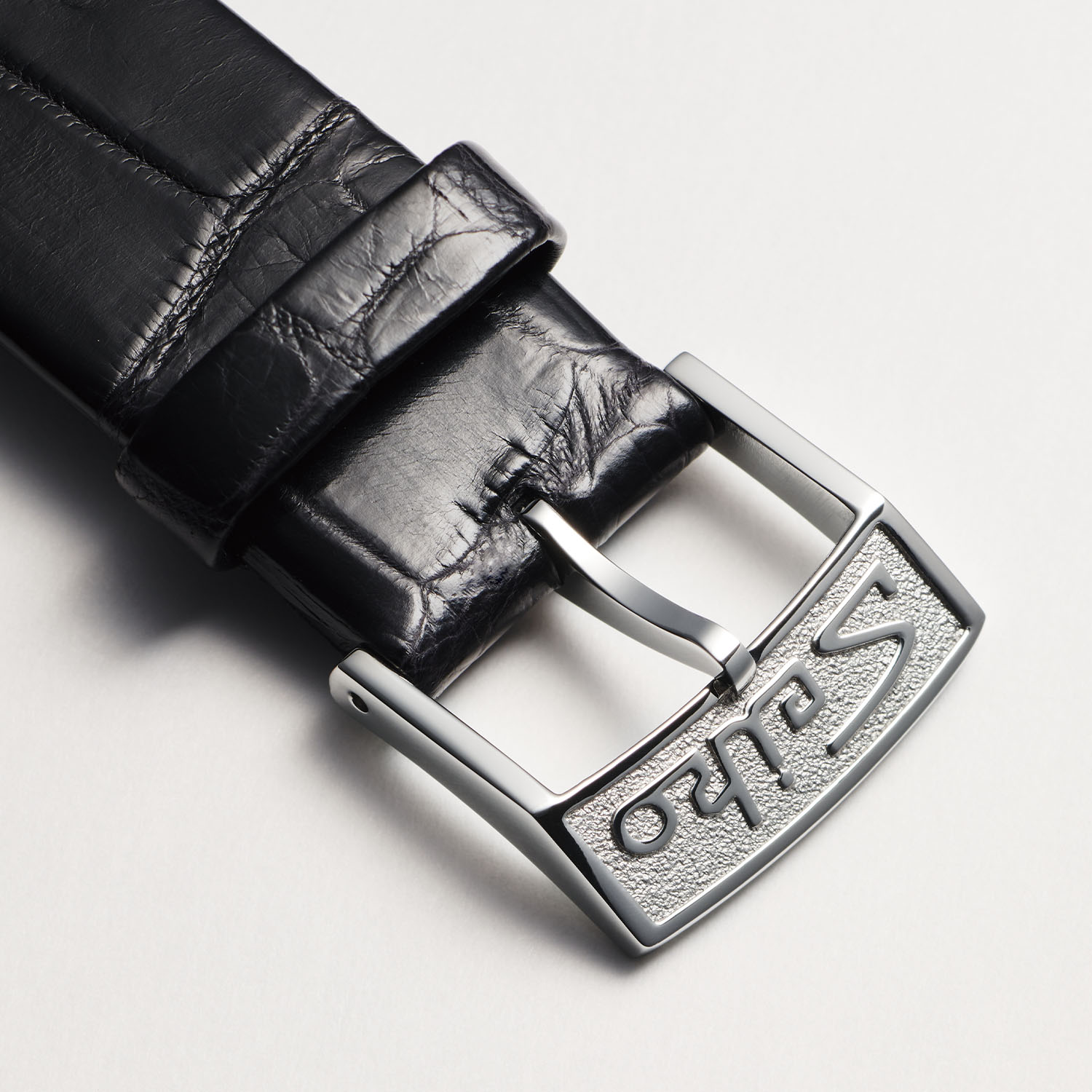 This leads us to the technical side of this vintage re-creation. The original 1965 KSK featured a hand-wound, 25 jewel and 18,000 vibrations/hour movement, the calibre 44A. The new SJE083 now relies on an automatic engine, which is on the higher-end side of Seiko’s movements. This watch comes with the calibre 6L35, a 4Hz self-winding movement with 45h power reserve, which is known for its thinness, its nice striped decoration and its precision. The movement is hidden behind a steel back, which carries the King Seiko name and the same golden shield design as the original.

The Seiko SJE083 is worn on a discreet black crocodile strap, closed by a pin buckle that also re-creates the look of the original 1965 watch.

This new and very attractive Seiko Re-creation of King Seiko KSK SJE083 will be a limited edition of 3,000 pieces, available from January 2021 at Seiko boutiques and at selected retail partners worldwide. It will retail for EUR 3,400 (about RM 16,800).