Since 2016, with the presentation of the Enamel and Urushi Chronographs - Seiko's Presage collection has become involved in Japanese métiers d’art under the so-called Craftsmanship series. With a focus on high-end, handmade dials in enamel, lacquer, guilloche or porcelain, the Japanese brand connects to its cultural roots and to the location where these watches are manufactured.

One of the most recurring themes is Arita Porcelain, which we’ve seen on several occasions since its introduction in 2019. Seiko now returns with two time-only watches that are part of the regular collection, the new Presage Arita Porcelain SPB293J1 and SPB319J1.

As we explained already when talking about the previous editions with porcelain dials, Arita porcelain is an ancient Japanese craft named after a small town located on the Japanese island of Kyushu. Towards the end of the 16th century, porcelain clay was found in the vicinity transforming the area into a hub for Japanese porcelain.

Early wares used underglaze blue decoration, but by the mid-17th century, Arita was at the forefront as Japan developed overglaze “enamelled” decoration in a range of bright colours.

It wasn’t long before the porcelain products made in Arita became prized all over Japan for the high quality of their artistry. By the 19th century, it was being exported all around the world, dispatched by sea from Arita’s port of Imari. Although porcelain is also made elsewhere, porcelain made in Arita is uniquely Japanese, and so it seems fitting that Seiko has chosen to use this material for the dials of its new Presage watches.

The two watches we’re looking at today are evolutions of previous models, such as the SPB093J1 – the first of its kind for Seiko – or the SPB171J1 with its milky-white dial and blue accents. They also continue the theme seen earlier this year with the blue-toned limited edition SPB267J1. But there are a few important things to say about the SPB293J1 and SPB319J1 that Seiko presents today.

First of all, as you’ve seen, most previous Arita porcelain watches had a specific display with power reserve and date-by-hand (with the exception of the SPB095 launched in 2019, which was a time-and-date). Also, many previous versions were released as limited editions. Well, these characteristics aren’t part of the new models anymore. 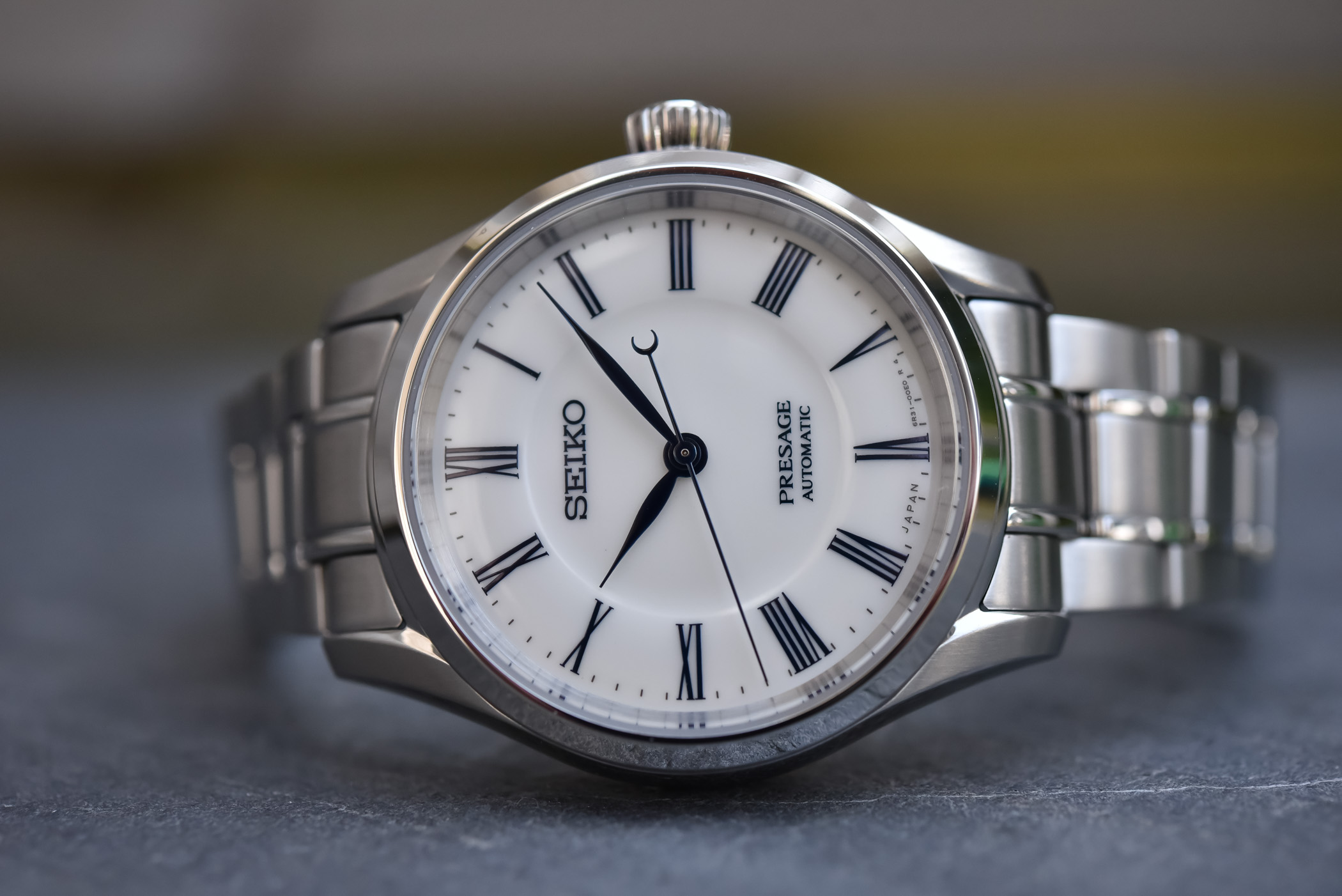 Both new watches of the Seiko Presage Arita Porcelain collection share the same case, the same overall design, the same technique for the dial, and the same movement and only differ when it comes to the strap/bracelet and the dial colour.

Also, no confusion is possible when looking at them; they are genuinely part of the Presage collection, with the signature style of this line. As such, the proportions of the stainless steel case are the same with its 40.5mm diameter, a thickness (that we’d like to see reduced a bit, for the sake of elegance) of 12.4mm and an L2L of 48.8mm. 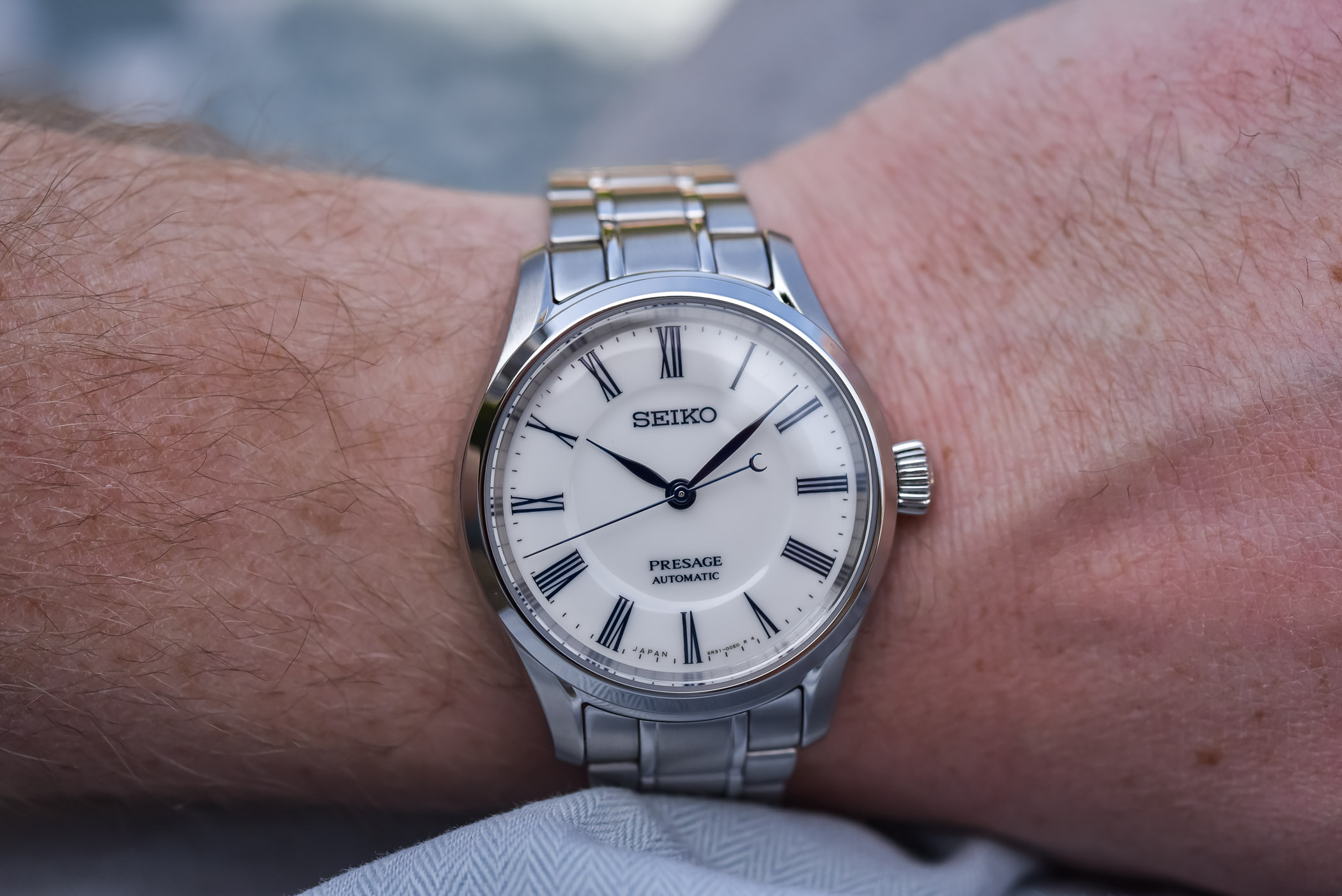 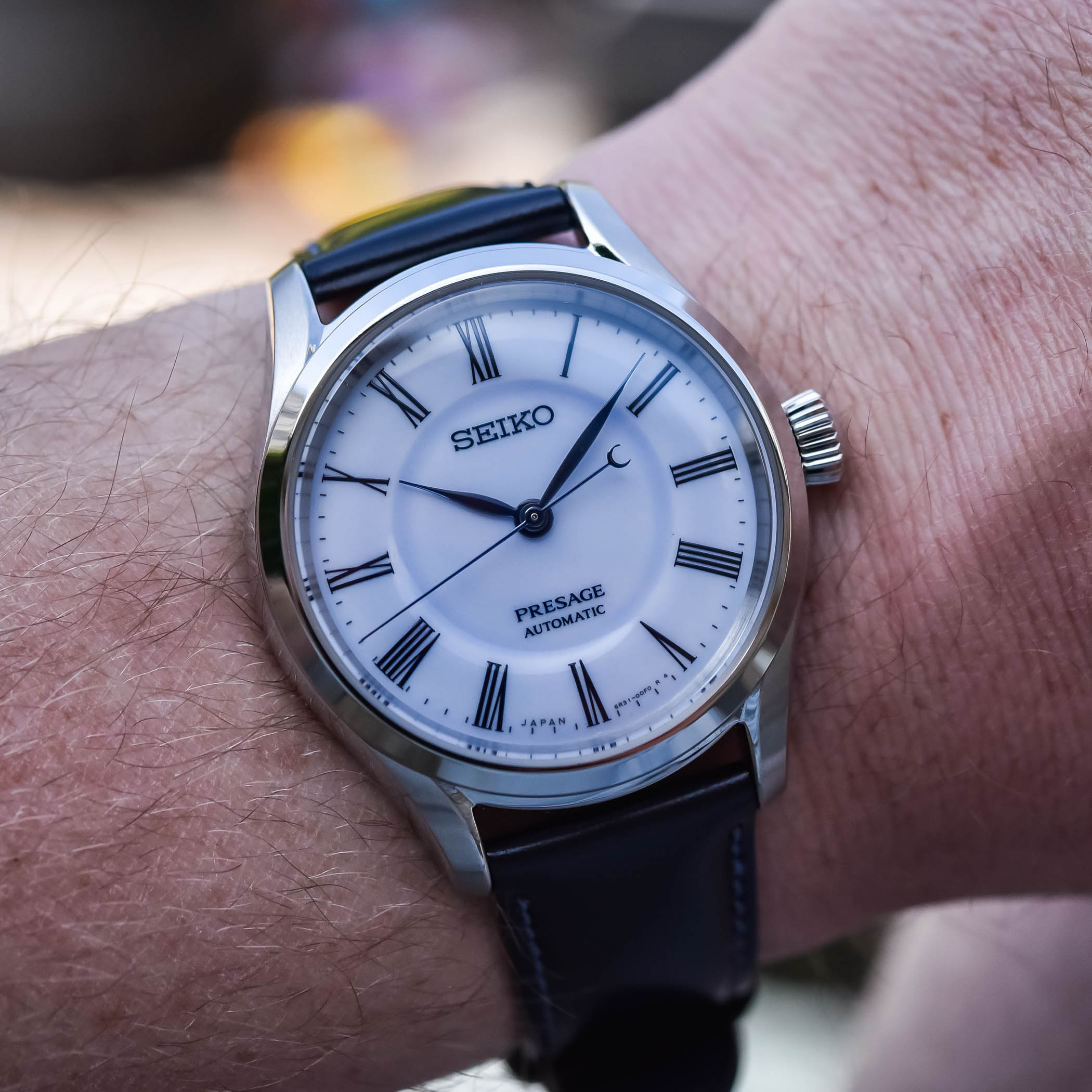 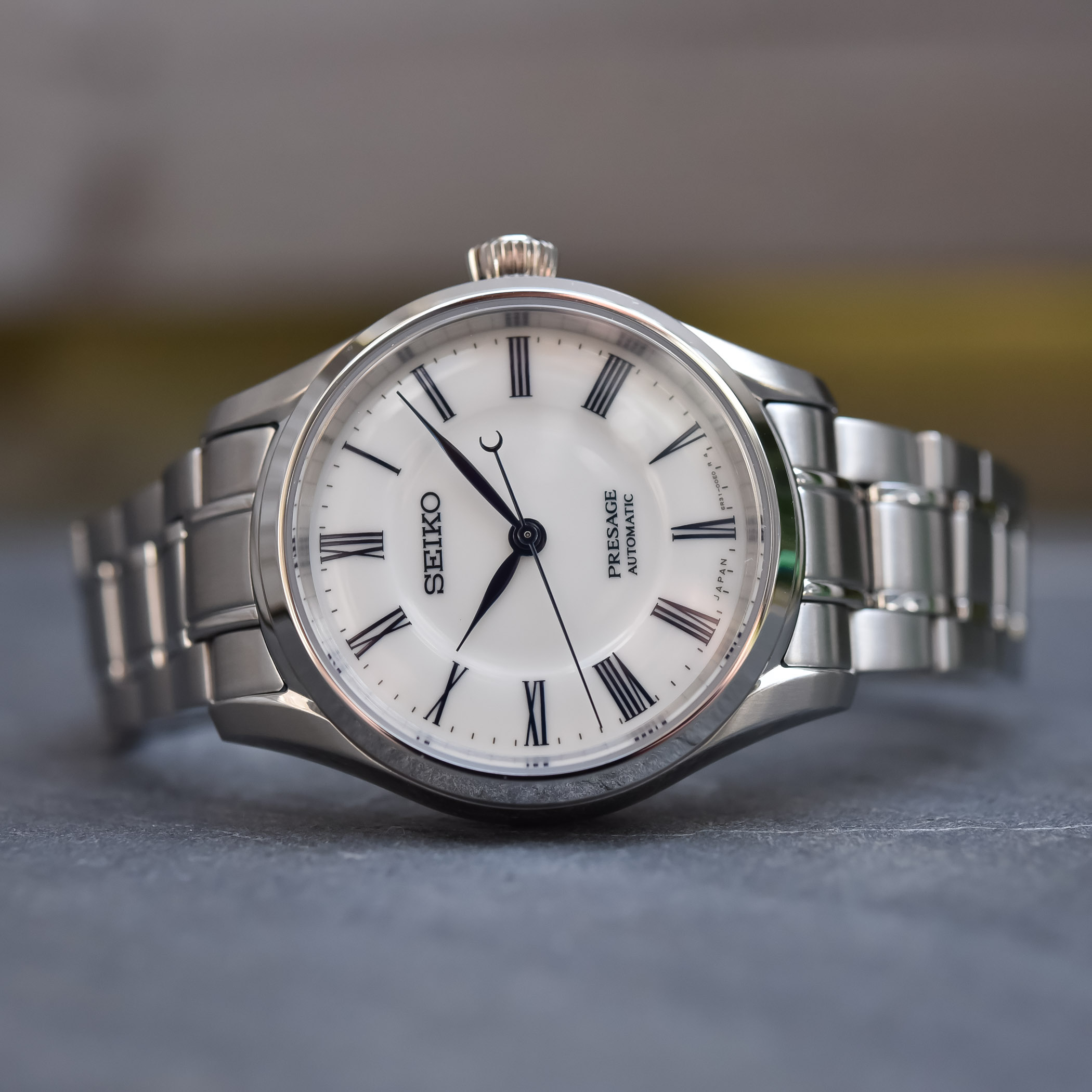 The shape is classic, with a slim polished bezel, brushed twisted lugs with an internal polished bevel and an overall sense of restrained elegance. The watches still feature the usual conical crown and are topped by a dual-curved sapphire crystal with AR coating inside. The caseback is screwed and features a see-through window. Surprisingly, despite being elegant (almost dressy) watches, these new Seiko Presage Arita Porcelain are water-resistant to 100 metres. 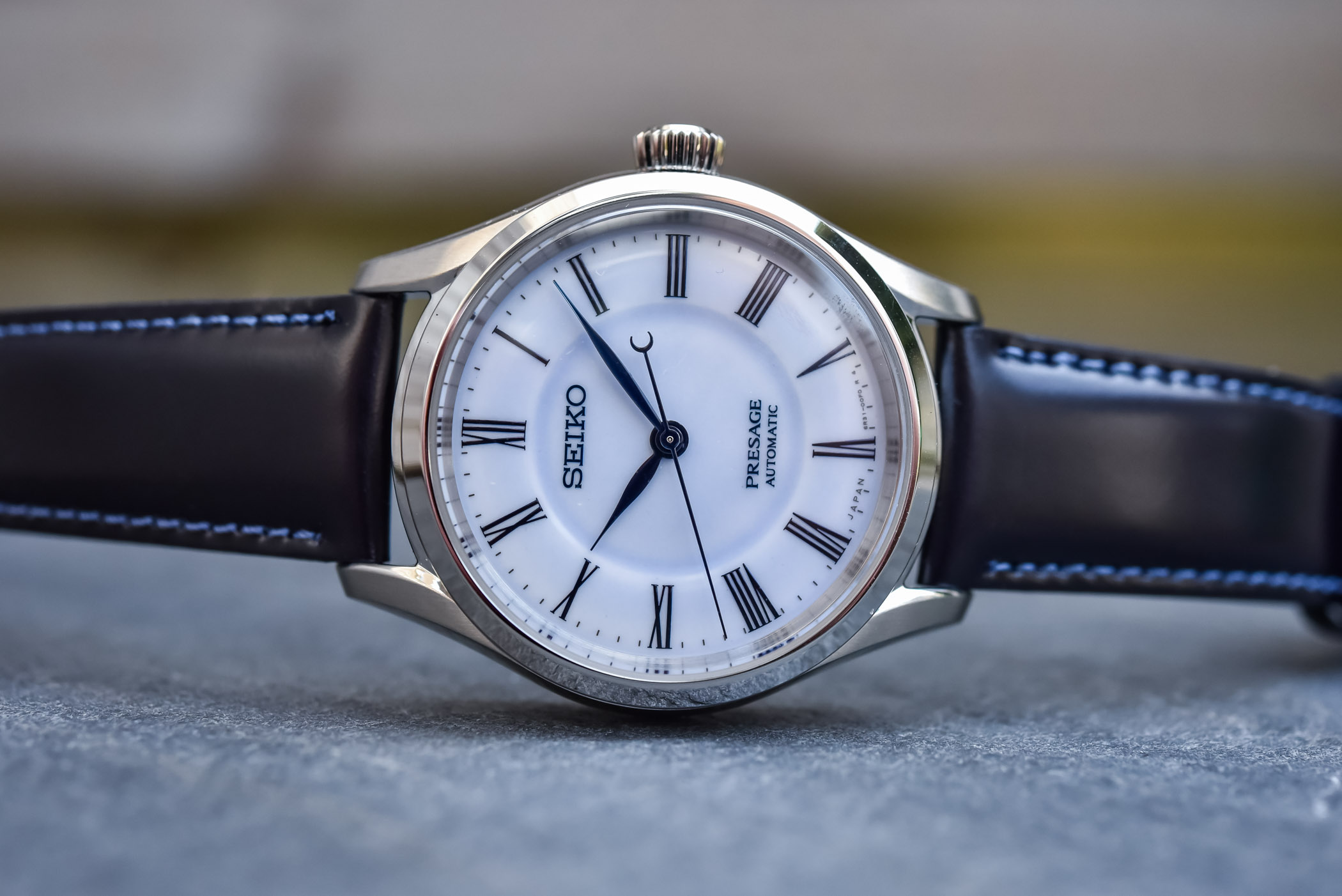 As always, the pièce de résistance with these Presage watches is the dial. Crafted under the supervision of Arita porcelain craftsman Hiroyuki Hashiguchi, they are executed in the traditional way by specialised artisans.

An Arita porcelain dial is made of highly durable porcelain material that is more than four times harder than usual porcelain. It undergoes a casting process using ultra-high-precision moulds and is fired at a high temperature of 1,300 degrees. The dials are then glazed and fired multiple times to complete the highly challenging process – not far from a classic enamel process. 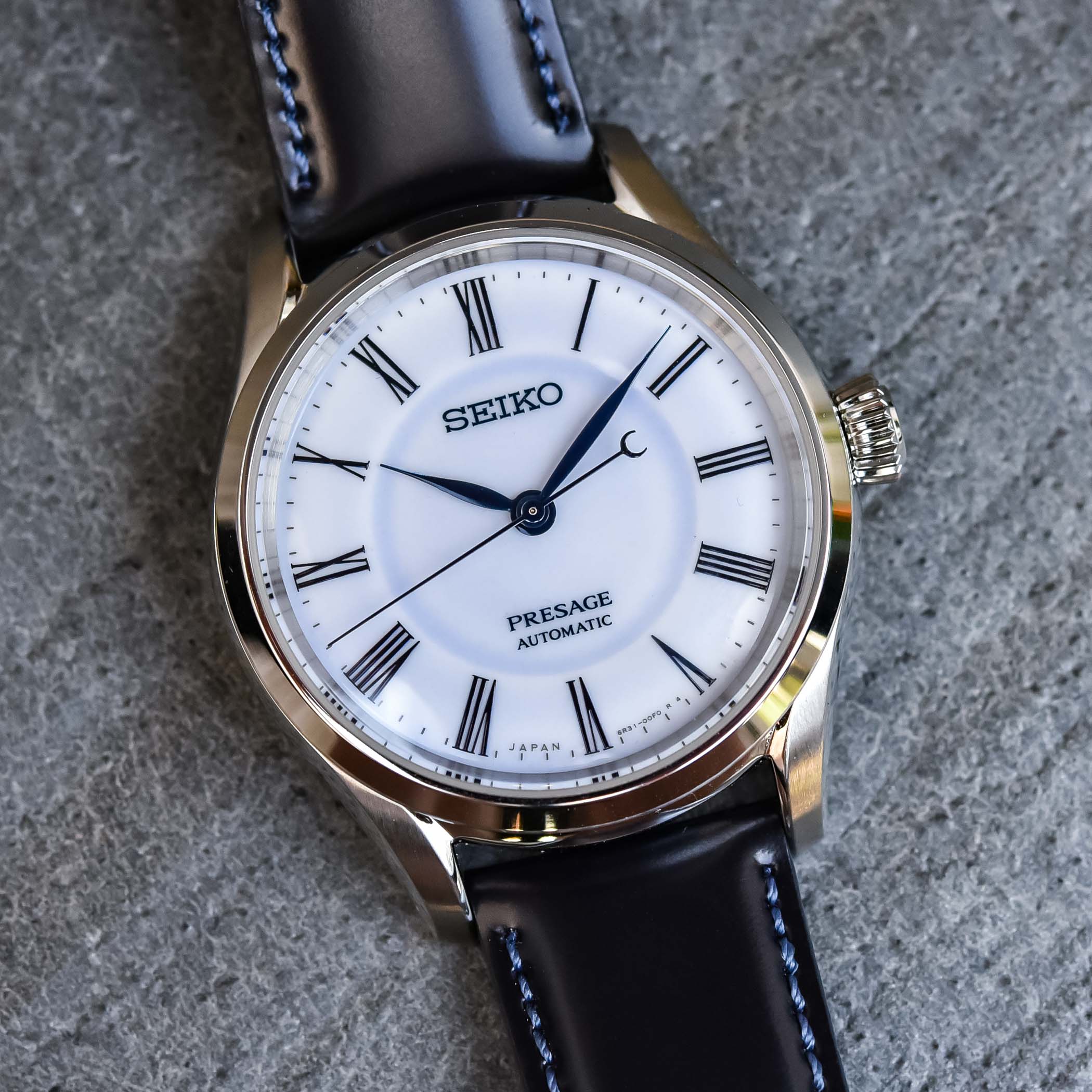 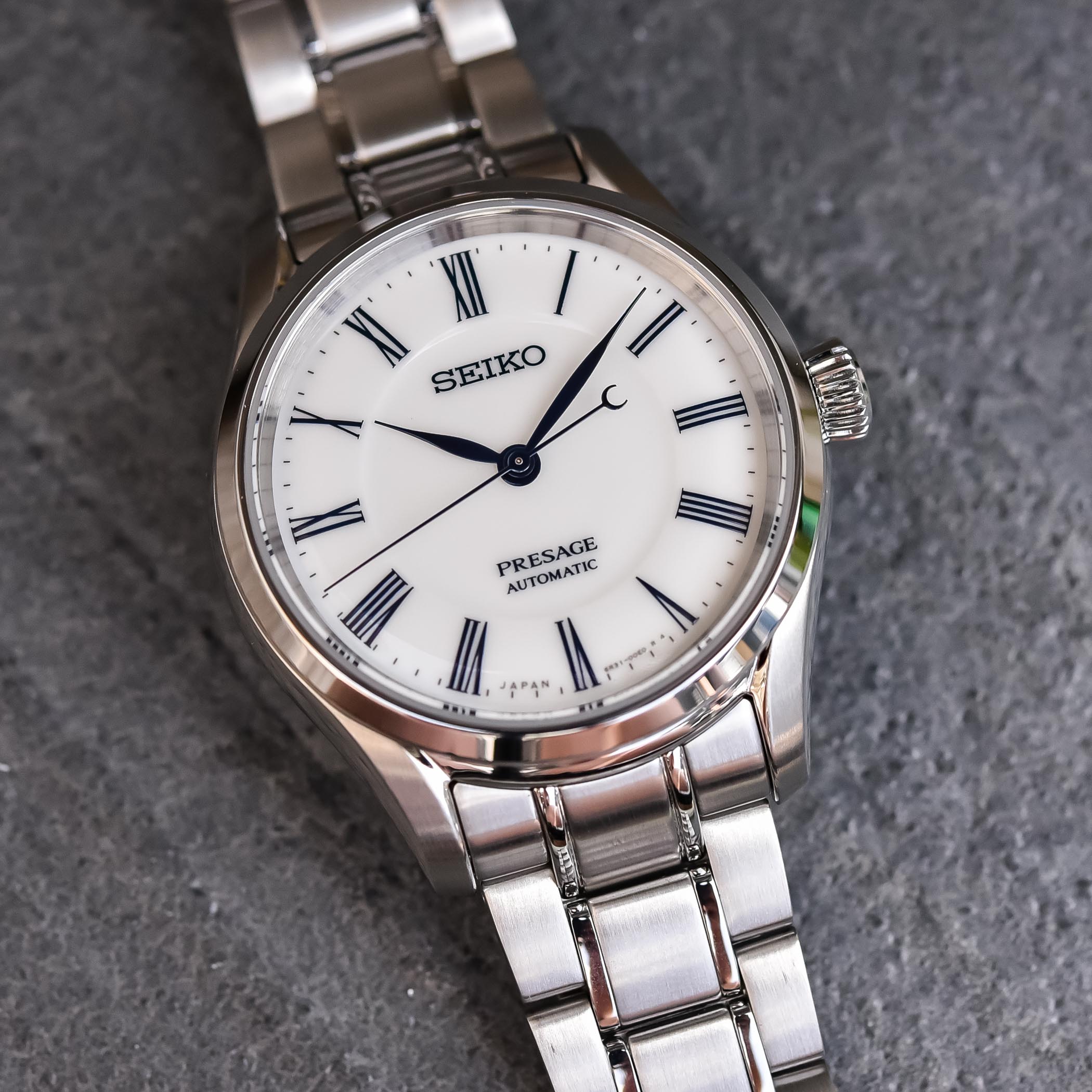 The dials of these new SPB293J1 and SPB319J1 are simple, clean, and traditional but also show great attention to detail.

First of all, they aren’t flat but are approximately 1mm in height and curve downwards from the indexes to the dial centre to create a soft form with depth. As an elegant time-only watch, there is no date window to ruin the sleekness of the design.

Both models have elongated, blue-toned Roman numerals and blued leaf-shaped hands. The main difference comes from the colour. The SPB293J1 features a traditional milky-white dial, while the SPB319J1 is slightly more daring, with its light blue colour and that recreates the faint lapis lazuli colours created by a traditional dyeing technique called ruri zome. 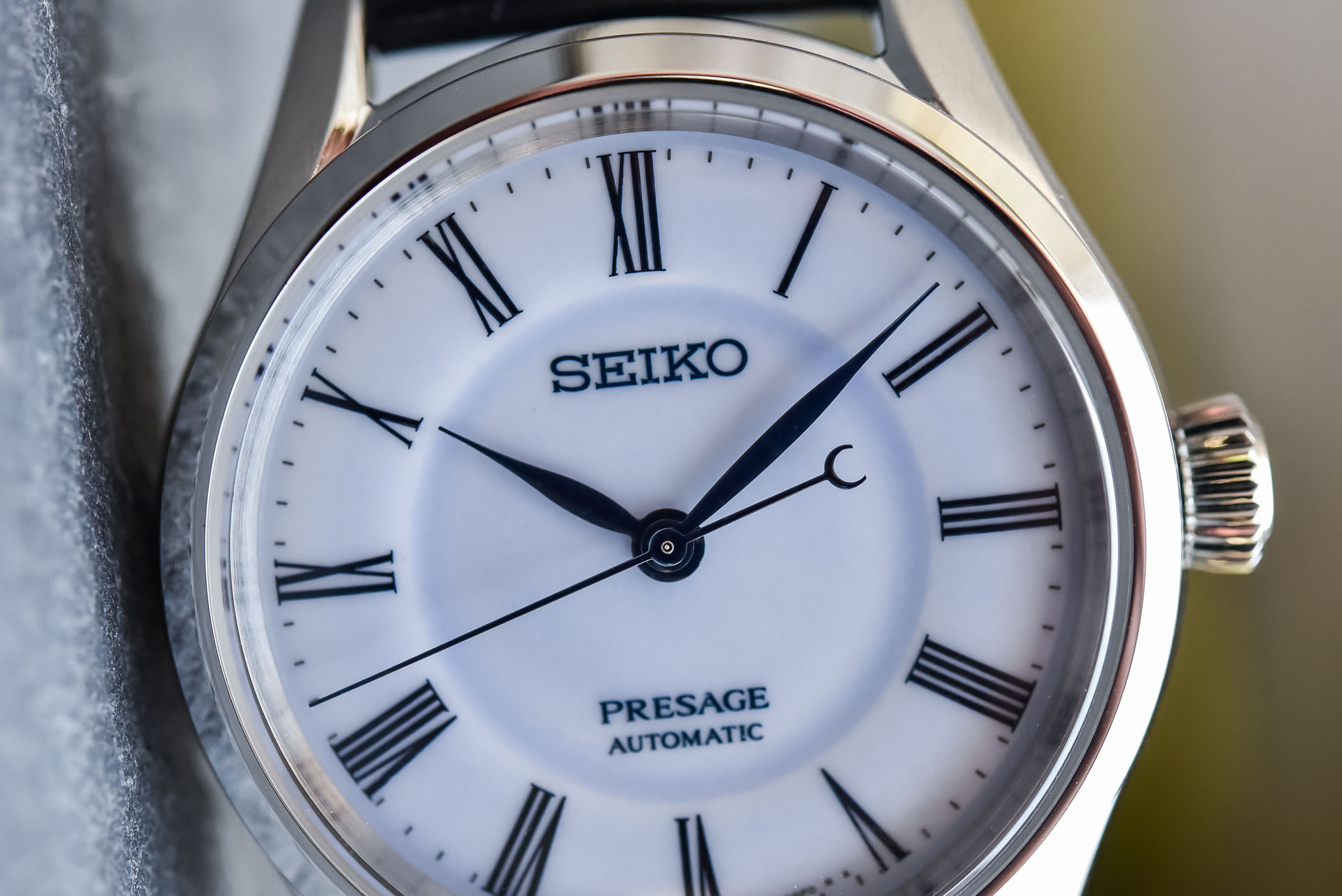 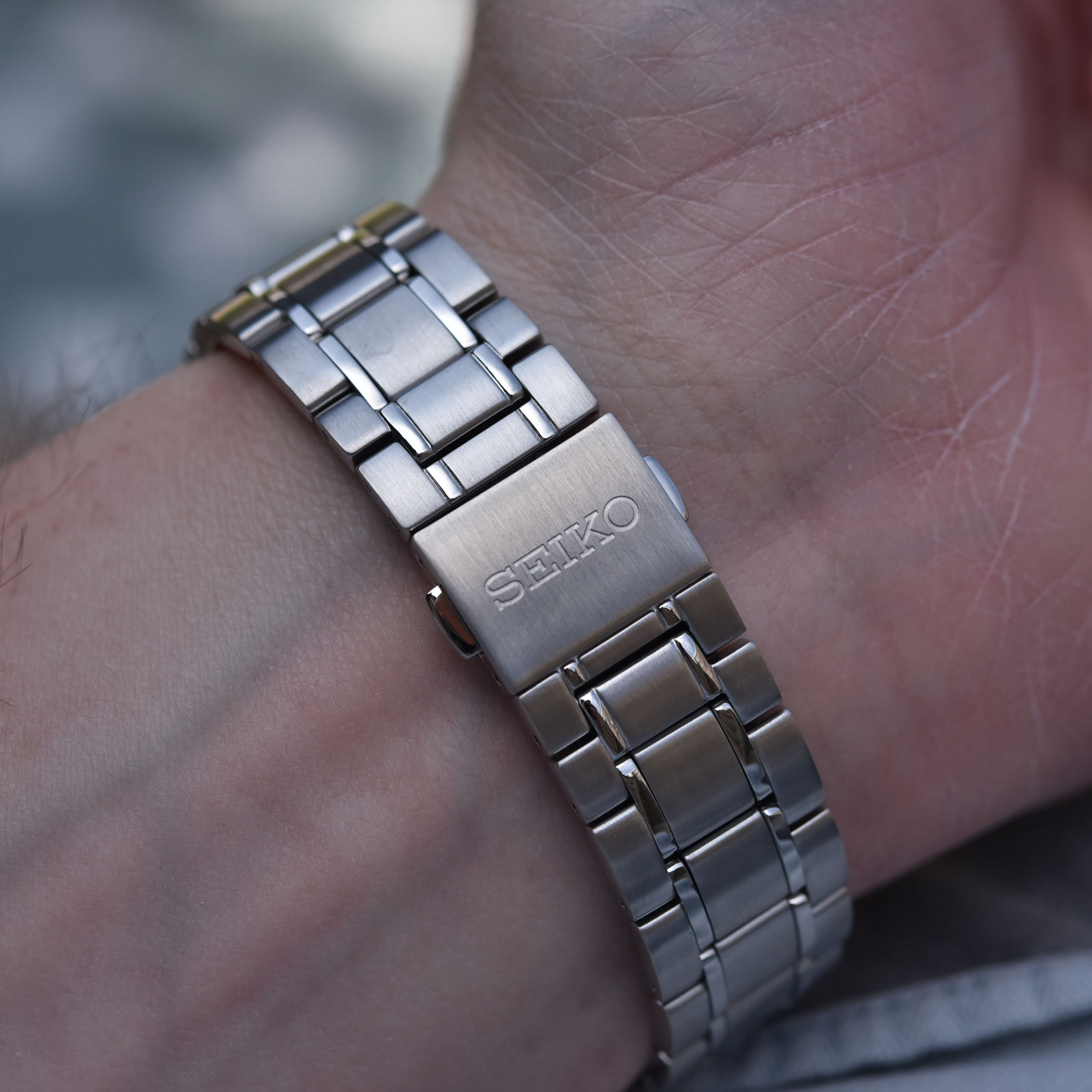 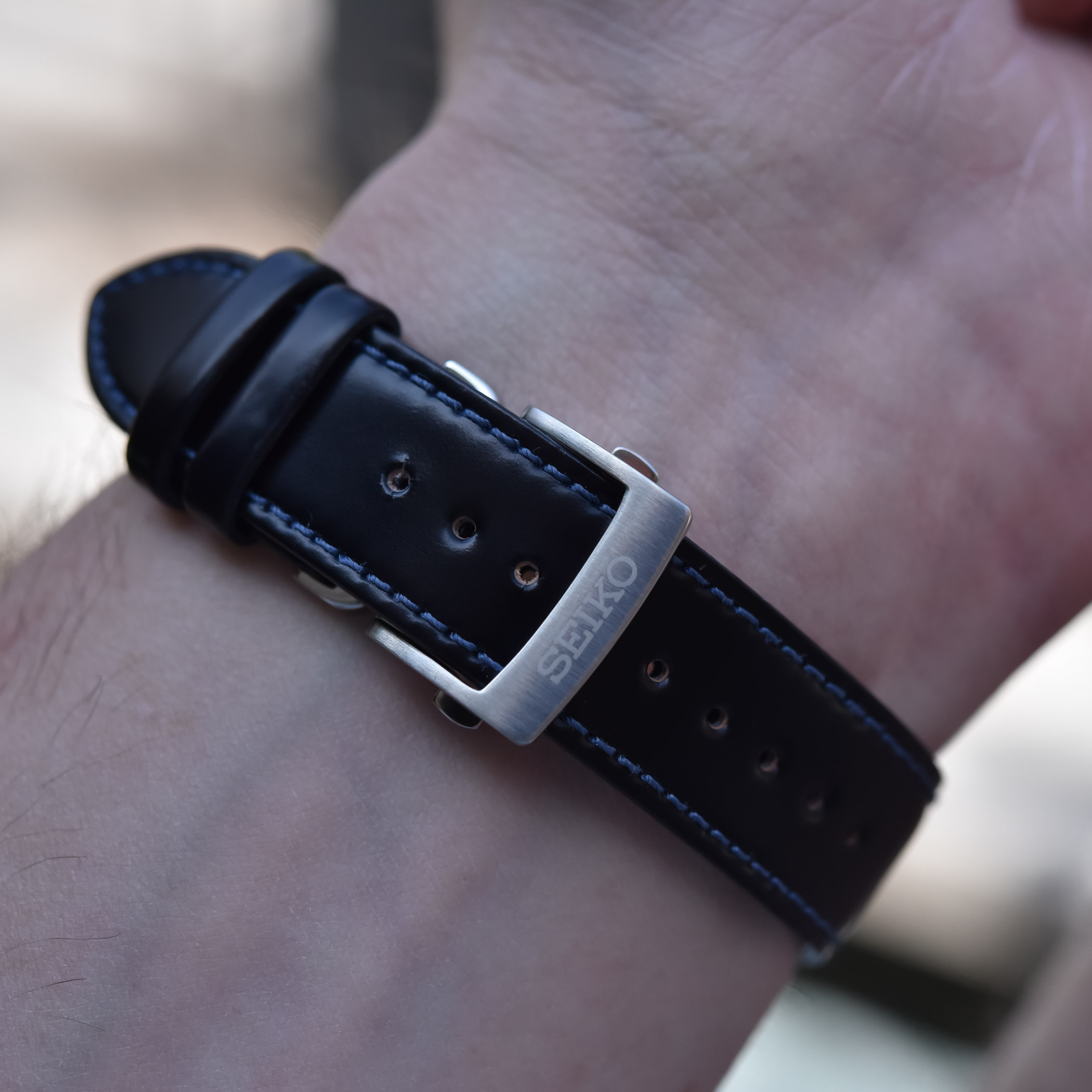 Inside the case of both Presage Arita Porcelain models is the well-known calibre 6R31. A relatively modern engine from the mid-range collection, this automatic movement beats at 3Hz and offers a comfortable 70h power reserve. It is lightly decorated with brushed bridges and stripes on the rotor. 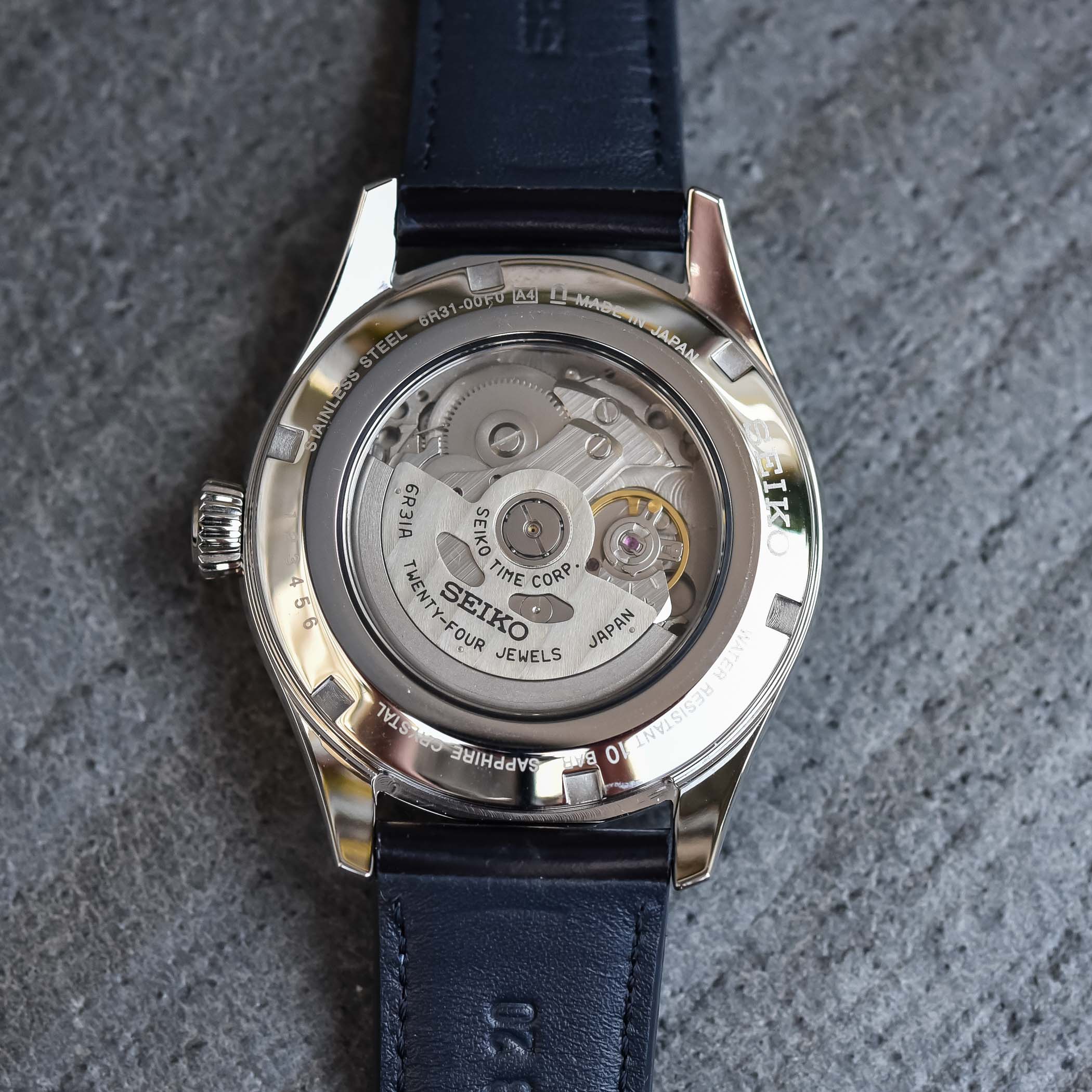 The new Seiko Presage Arita Porcelain SPB293J1 and SPB319J1 will be available from the permanent collection from June 2022. Both will be priced at RM 7,500. However, the SPB319J1 is only available in Seiko Boutique.